Zebrawood is characterized by a striped figure that is reminiscent of a zebra. The name originally applied to the wood of Astronium graveolens, a large tree native to Central America. In the 20th century, the most important source of zebrawood was Microberlinia brazzavillensis, a tree native to Central Africa. Other sources include Brazilian Astronium fraxinifolium, African Brachystegia spiciformis

Heartwood is a light brown or cream color with dark blackish brown streaks vaguely resembling a zebra’s stripes. Depending on whether the wood is flatsawn or quartersawn, the stripes can be either chaotic and wavy (flatsawn), or somewhat uniform (quartersawn). 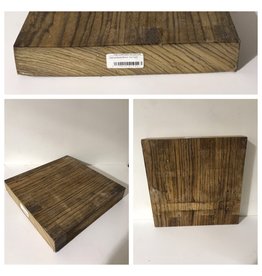 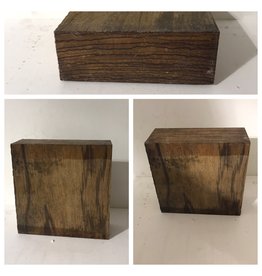