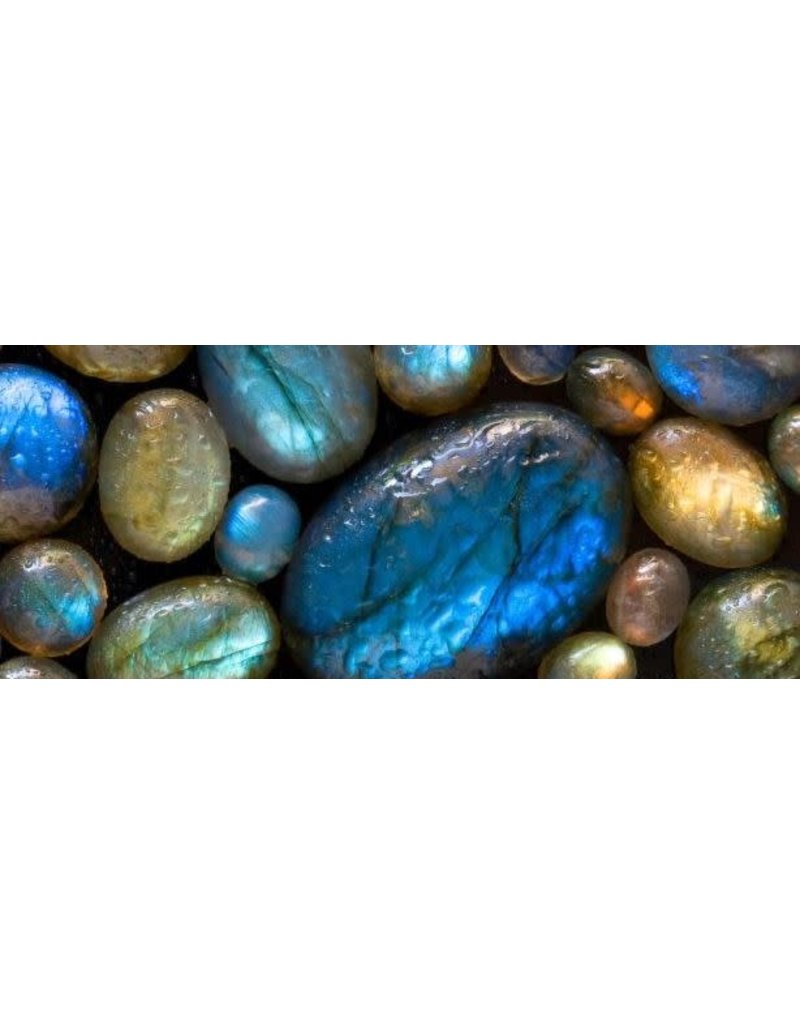 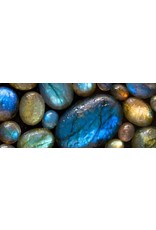 Labradorite is a feldspar mineral of the plagioclaseseries that is most often found in mafic igneous rocks such as basalt, gabbro, and norite. It is also found in anorthosite, an igneous rock in which labradorite can be the most abundant mineral.

Some specimens of labradorite exhibit a schiller effect, which is a strong play of iridescent blue, green, red, orange, and yellow colors as shown in the photographs. Labradorite is so well known for these spectacular displays of color that the phenomenon is known as "labradorescence." Specimens with the highest quality labradorescence are often selected for use as gemstones.